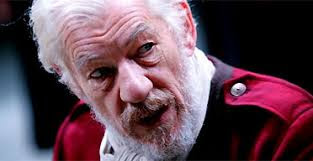 This is a fine presentation of the play, without cinematographic frills. The enjoyment of Shakespeare lies overwhelmingly in the flow of words and the performer's ability to breathe life and authenticity into them. The only other production of King Lear I have seen is the 1982 version in the BBC series directed by Jonathan Miller, in which Michael Hordern gave us a restrained but powerful and nuanced Lear. The present film is superior in terms of production values, being of more recent date, and adequately conveys the drama, to add yet another canvas to come closer to the dramatist's intentions. The performances I find most memorable are Frances Barber as Goneril and Philip Winchester as Edmund. Frances' portrayal is far from the stereotyped vixen which Goneril is usually made to seem.

To gather my immediate thoughts soon after seeing the film it seems Shakespeare gives us a picture of common mortals in their frailty and foibles. The Lear of towering royal rages dissolves in a short span of several hundred lines into a helpless old beggar shivering in the storm. He transforms through the experience as though the storm and what went before had pierced his egoistic delusions to awaken in him dormant compassion and understanding. He metamorphoses more than disintegrates. Edmund, portrayed so well, may well be one of our modern politicians or men of business, who are well served by their single mindedness and lack of scruple. The pantheon of Shakespeare's characters are like humankind in procession. As my late friend, Prof Darshan Singh Maini, was fond of saying, Shakespeare was "God's spy on earth", using Lear's words to Cordelia. It is as though he miraculously packed inside him the thoughts and feelings of all kinds of people--ruler and ruled, women equally as men, villains more than saints, beggars, bawds, jokers. The present play, like some others, scrutinys the human experience to the brink, the very last breath of life. It is amazing, the familiarity and ease with which Shakespeare is able to approach the ultimate dilemma and mystery of death.

Since everybody does not have the chance to see stage productions, such TV versions of great drama, like the BBC series, are invaluable. Cinema seems to detract more than enhance from the richness of the drama, which needs no addition of spectacular surroundings.
Posted by S. M. Rana at 10:58 PM