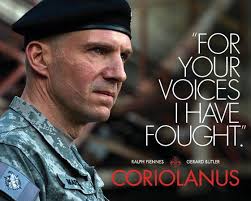 This is a superb film about a less performed Shakespeare play. The action has been transplanted to a fictitious modern city ("a place that calls itself Rome") with tanks and guns replacing sword and armor (short of planes, mercifully). Initially the anachronistic setting was slightly off putting, as though to frill up the substance of the drama, but finally it turns out to be a powerful and convincing character study, enacted flawlessly by Fiennes, who is also the director. Coriolanus seems much more than a man consumed by inordinate pride, as he is often simplistically described. He is a man driven by a single vision, at the cost of life, family, country, who remains consistent to himself till the end. His disdain for the people is a reflection of an inability to play politics or to indulge in any kind of dissimulation. He is an idealist, making valor his goddess for the sake of which he shows utter contempt for worldly riches and recognition and in fact life itself. He has a yardstick which is completely internal, an island of a man. Compared to him, even Macbeth is a conflicted ditherer. He is the perfect fruition of a species. Yet, thanks to the bard, he is completely plausible as flesh and blood. Whether that image conforms to social ethics or not is as futile as asking about the righteousness of revenge in Hamlet. At any rate this is a film with plenty of life in it.
Posted by S. M. Rana at 4:08 PM No comments: 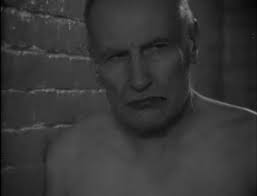 Frederick Wiseman (dir), 1967, 84m, documentary
The film chronicles the conditions in an institution for the criminally insane in the US. It was a subject of prolonged litigation and its open exhibition suppressed for a long time. The litigation was ostensibly for alleged violation of privacy of the inmates and personnel of the institution but actually because it depicted the less than ideal conditions prevailing. I was expecting to see barbarism of medieval vintage. Actually, we have a fairly neutral and objective lens view, and the patients seem to be reasonably well tended. The desolation that comes across is more the inherent attribute of mental illness, and the no less taxing task of managing people with semi-vegetable minds. The not so well educated attendants and even doctors tend to treat their charges as objects, more so because the conditions shown are currently classed as incurable. Could it be that long years of exposure not only immunizes the caregivers to suffering and makes them partake to some extent of the condition of their charges. The behavior of the attendants is a mixture of mild bullying and indifference. This is a telling, if not startling, film about the world of mental illness and by extension the human condition, since the lines demarcating normalcy are necessarily hazy. The outstanding feature of the film is truthfulness, not being an enacted film.
Posted by S. M. Rana at 2:25 PM No comments:

The title of the film is the official language of Rwanda.This is the third film about the genocidal civil war (1994) in Rwanda fought between two tribal groups, which took a toll of around one million lives. Alrick Brown, the director is a Jamaican American. The other two films I have seen about the same subject are Hotel Rwanda and Munyurangabo. The present film is a panoramic view of the unfamiliar milieu. It is retrospectively redemptive since as the film conveys time seems to have brought about a reunion of hearts across ethnic and religious barriers. It lacks however a sharp focus or intent and often seems to verge on sentimentality and heroics. A less than outstanding film about an important topic which has its heart in the right place. Notably, it is an outsider's view, as was Munyurangabo, directed by a Korean American. Munyurangabo, however, is by far the most moving in terms of simple humanism, exquisite restraint and film craft.
Posted by S. M. Rana at 1:52 PM No comments: This warm and highly entertaining romantic comedy situated right in the White House relates to the affair of a fictional American President with an environmental activist. And as we enjoy the Cindrella like yarn we get to know even across the tints of fantasy the routines in the corridors of power. There is even a chilling moment when the good natured big man pronounces the "Attack!" word ordering the pin pointed bombardment of a civilian target.
Posted by S. M. Rana at 3:43 PM No comments:

A pair of teenagers commit three wanton murders in the process of stealing a car. After a decade long legal process, one of them (Perry) is to die by lethal injection ten days after the interview with Herzog we share in the film, while the other (Burkett) gets away with a sentence of forty years, partly due to the sympathy aroused by his father, another serving lifer. This riveting documentary paints a picture of waste, desolation and the grief of bereavement. We participate in actual interviews of relatives of the victims and criminals, a prison official who forsakes his pension and resigns after carrying out 125 executions and a priest who's job it is to be present at the last moment.
Posted by S. M. Rana at 7:45 PM 2 comments:

Labels: Herzog: Into the Abyss

True to the genre with which his movies can be identified, this film is a mixture of parody, comedy and satire. The humor is always black, and one is left with a suspicion that a part of him is relishing what he sermonizes against. The topic is the Vietnam war, and the target of his satire is not just the absurdity of war, but also America, American culture and American stereotypes. It comes nowhere near his Paths of Glory, which was set in WW1. The first half of the film is about the training of soldiers, which has an electrifying climax, and is almost a film in its own right. The second half is set in the battlefield, and seems loose, incoherent and inconclusive.
Posted by S. M. Rana at 10:57 PM 2 comments: This  indelible documentary captures through interviews and photographs a fraction of the events that must have occurred at the infamous Abu Ghraib detention and interrogation center during the Iraq war. The photographs relate mostly to the humiliation and degradation to an animal level of the detainees (dragged around on a dog leash, naked human pyramids, etc). The photographs were taken as a lark by female and male soldiers at the lowest rungs which got leaked, became evidence at a trial and led to terms of imprisonment for a few. The interviews express the views of the perpetrators: dim, passive minds at the bottom of the hierarchy in the juggernaut of war. The uncomfortable question that arises is that most people could have been at either end of the stick, but for the placements of chance. To quote Marlon Brando from a film of his: "It was you , Charlie." Perhaps more significant is the fact that such a courageous film could be made and exhibited and considered for awards. Neutrality and objectivity are the hallmarks of this documentarian.
Posted by S. M. Rana at 6:35 AM 2 comments: 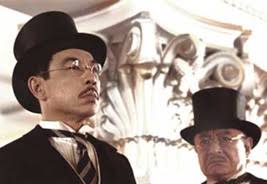 This movie is a study of the life of the Japanese emperor around the period of Japan's defeat and surrender in WW2. He is a figure remote and cloistered, sheltered from the glare of publicity even as he exercises a hard to gauge influence in the framing of decisions. He emerges as a cultivated individual, who, while lacking in any particular charisma of his own, occupies a paramount position in the minds and emotions of the citizens, as a godlike head of state. It seems difficult for an outsider to understand the nature of the feelings he aroused. As an aftermath of the traumatic act of surrender, he renounces his supposed divine origin. The film is more about the individual and the institution of monarchy than the momentous events in which he played an important role. An absorbing if not riveting account of the enigmatic historical personage.
Posted by S. M. Rana at 5:01 PM No comments: 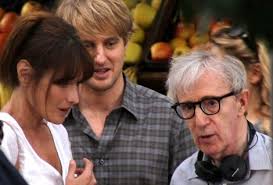 The year is 2010. The Woody Allen proxy, a successful film script writer aspiring to be a novelist, catches a taxi which takes him on a time travel to the 1920s where he encounters the likes of Hemingway, Fitzgerald, Picasso, Bunuel and others. It is quite diverting to encounter these luminaries in caricature even as the young man learns some necessary lessons about life. A light, enjoyable and forgettable comedy, informatively back-grounded by Paris and Cole Porter.
Posted by S. M. Rana at 11:59 PM No comments: 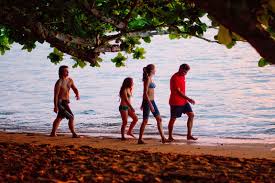 A family drama framed in the windblown landscape of Hawaii. The about to be widowed Clooney discovers he has been cuckolded, even as his wife lies in a coma, awaiting withdrawal of the life support system. Clooney is a descendant of the earliest American settlers in Hawaii and the trustee of a huge estate which is about to be sold to developers who will convert the idyllic paradise to a commercial complex. The film is a well made soap opera which keeps you engrossed.
Posted by S. M. Rana at 7:54 PM 2 comments: 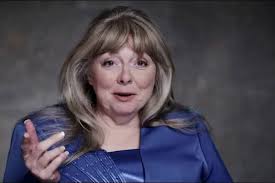 The film mainly consists of interviews of former beauty queen Joyce McKinney, who came into the limelight in what became famous as the case of the manacled Mormon. McKinney kidnapped the Mormon, a former boyfriend who disappeared to become a missionary, keeping him chained for three days to have her way with him. The case creates a journalistic storm in the less respectable sections of the British press and media. The different tabloids are shown in a ferocious battle to grab bits of the story first, going to all extents to doctor the news and photographs, to be ahead in circulation. The "accused" pleads innocent and finally disappears back into the US emerging decades later as she gets her deceased dog cloned by a Korean specialist. What makes the film interesting is the veracity of the persona which emerges from the hilarious interviews, testifying to the contrariness that constitutes a human being. Morris at his usual best on his familiar turf.
Posted by S. M. Rana at 11:13 AM 2 comments: