This last of the composer's works is based on The Merry Wives Of Windsor. The exuberant comedy is given an extra dimension in scintillating voice and music making it a pause less roller coaster of the joy of life. Falstaff, a dissolute but ever improvising knight schemes to seduce two beautiful wives of Windsor, with a mind to unloosen their purses as well, driven as he is to his final pennes. But he has not reckoned with the virtue and resourcefulness of these prank loving ladies, who take him on many a merry turn. The dilemma ridden Falstaff remains unfazed to the end. An electrifying energy and joy sizzles from end to end. Frittoli is unforgettable, as are almost all the characters, and one is left with the feeling of transcendent drama, comedy and music. 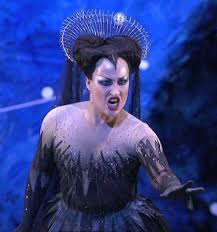 Opera is not such heavy stuff. Children would have no problem with this one. It has elements of the film musicals, circus, fairy tale and some bawdy pieces. This is a televised version of the actual Mozart opera, complete with the audience responses and glimpses of the orchestra just below stage. The plot is an excuse for the music and voice and the exploration of emotions through music. The effect is joyous, uplifting and sublime. Diana Damrau as the Queen of the Night is terrifying and transcendant with her voice soaring to unheard heights in the famous Der Holle Rache (Hell's Revenge), where the dreaded mother commands her daughter to kill her (the mother's) enemy. Keenlyside as the poor bird catcher and comic role is deeply human.

The Tree of Life 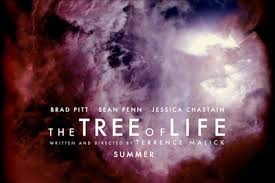 This is a film about religion from the viewpoint of a highly perceptive sceptic. It tries to portray on its canvas the Mystery as it would appear to a human being of our generation equipped with the accumulated knowledege of the race.

It summarises in enthtalled cinematography the grandeur of the birth of the universe, the emergence of life and the drama of evolution. There is an intriguing patch about a good hearted dinasaur who declines to feed on another that lies dying. Everything is done in a way that is faithful to science in a poetic sense. It presents the dimensions if not the details of what surrounds us.

And finally all this is wound around the life of a contemporary American family--three brothers and their parents--and the griefs and anger which populte the luxuriantly beautiful world in which they live.They go through the pain of birth, death and discord, all summed up in a desolation in sharp contrast with the overall grandeur of the processes of the universe. What a mis-shapen thing so often is the thing called a family! It would seem that modern man is as intermediate a stage as were the dinasaurs in contrast to all that followed.

The question of an order within events is raised, and the arguments articulated by Job are eloquently expressed. To top it all, we have a vision of the Hereafter, where everybody meets everybody else, including themselves at different age, and all is love and blessedness.

The film is too direct and explicit and cannot escape the charge of resemblance to the National Geographic. It is a naive theological/scientific statement, and serves an educational purpose similar to Avatar, but is far less enjoyable. Probably it is too glazedly American for the rest of us to catch the nuances in one go. A revisit will definitely be a burden. I understand that the local audience responds to the human story with strong nostalgia and this is precisely where it might draw a blank from the rest of us. It looks like a never never land half way to another planet.
Posted by S. M. Rana at 8:50 PM 2 comments: