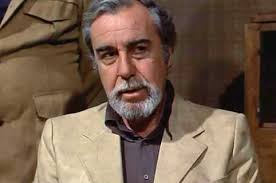 This is a film which perfectly fulfills the purpose and expectation with which one sees it, namely an easy watch and to kill time idly. The ground was all ready well prepared by part one, which was actually half a movie, since the villain, a really slimy figure (see image) whom one heartily desired to see receiving his deserts, got away at the end, which was rather unfair on the viewer, and hence the sequel was almost mandatory. The present one takes off in exact sequence, and everything takes place in the cheerful and elegant surroundings of Marseilles, in contrast to the dark interiors of NY in Part 1. A novel feature is the enforced drug addiction of the hero when he is captured by the crooks, and the subsequent painfully comic de-addiction process. Gene Hackman as a goofy cop obsessively chasing his quarry, the rivalries and exchanges of the French and US police, finally ripening into respect, and the language barriers faced by the American, make this a rich and riveting entertainment. Comparing with Part 1 seems pointless, since they are like two halves of a film (even though directors are different), and in any good film, the second half is invariably more enjoyable.
Posted by S. M. Rana at 8:36 PM 2 comments:

The year is 1860. Daya (Sharmila) is the daughter in law of an upper class Bengali family. Her husband has progressive ideas and dreams of going to England. While he is away to Calcutta, Daya's father in law has a dream that Daya is an incarnation of the goddess Kali. As a lifelong devotee of the diety he develops an overpowering conviction. Patriarch that he is, soon everybody, including Daya is convinced about the authenticity of the vision. In no time at all she becomes an object of devotion for the countryside as people in hundreds stream to the place where she remains seated all day long to be worshiped. To top it all, she becomes the instrument of a seemingly miraculous cure when a child who is supposedly dead is revived by her ministration. And much more.

The film is deeper than a mere condemnation of superstition. We see an entire community gripped by religious fervor nourished by an apparent miracle. It is a powerful and authentic portrait of the minds of people in the period depicted. This is a dark and brooding movie pervaded with religious symbolism which examines the deeper layers of the human psyche from a rational yet sympathetic viewpoint. Ray is not seeing the medieval mind from the viewpoint of a westernized intellectual that he was. He feels it from inside--he is almost one of the milling crowds that throng towards the devi. We are too as we listen to the intoxicating devotional melodies and participate in the shared beliefs that must have offered solace and warmth, if not hope, in those benighted times. Ray is not given to judgementalism. He never repeats himself and this is another unique and unforgettable film.
Posted by S. M. Rana at 12:03 AM 2 comments:

Howard Roark, an architect, is the protagonist, created to serve as a mouthpiece to embody Ayn Rand's strident philosophy of ultra-individualism, for which this film might serve as a crash course. The film is based on Rand's thick novel of the same name. The script also is by her. Ayn Rands philosophy of "objectivism" speaks of man's prerogative to pursue his self interest, as opposed to the idea that a human being is a means for the collective good. Somewhere locked in this way of thinking is the idea of the Superman as contrasted to the herd. Rand, who grew up in Russia before immigrating to America, is a champion of capitalism, as a system which allows an individual full scope to pursue his individual dream.

The architect Roark risks his livelihood, reputation and love in order to design buildings according to his own genius, refusing to pander to popular trends. In one sequence he gets his lady love to blow up a huge building designed by him, because changes to the design had been made by others. The story builds up as an engrossing if highly voluble drama, punctuated by extended patches of philosophical discourse, ending in a court room speech where Roark has an opportunity to deliver a straightforward  lecture on his philosophy. To quote in part:

"The reasoning mind  cannot not be subordinated to the needs, opinions, or wishes of others. It is not an object of sacrifice... It is an ancient conflict. It has another name: the individual against the collective. ...Our country, the noblest country in the history of men, was based on the principle of individualism.... It was a country where a man was free to seek his own happiness, to gain and produce, not to give up and renounce....... I came here to say that I do not recognize anyone's right to one minute of my life. Nor to any part of my energy, nor to any achievement of mine. No matter who makes the claim....The world is perishing from an orgy of self-sacrificing....I do not care to work or live on any others. My terms are a man's right to exist for his own sake. "


What do you think of that? Even though it sounds reasonable that people are ends not means and entitled to seek self fulfillment, one may ask whether self fulfillment is possible at other's cost. After all, we are supposed to be social animals.

At least movies really talked in the forties and thirties! Think of Casablanca, Double Indemnity, Who's minding the baby?, Ducksoup and even Citizen Kane. Nothing like the later films, where the things are muttered at bare audibility with minimal opening of the trapdoor. (Chigurh and Vito Corleone). The dialog is all in paragraphs, and loud, in this one.

The film is hardly distinguished by cinematic merits. However it is an unusual experiment as a device to put forth ideas in the raw. The philosophical novel has been translated into philosophical cinema with considerable success. Perhaps the correct view of life lies somewhere between Ayn Rand's overbearing individualism and the individual-demeaning extinct philosophy of communism.
Posted by S. M. Rana at 8:28 PM 2 comments: 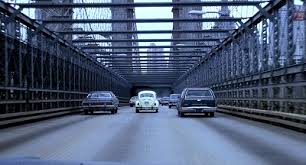 I ventured on this film, drawn by Gene Hackman, multiple awards, including best film, and the expectation of a sizzling thriller. The expectation is but minimally fulfilled. The twists and turns of the plot are not self explanatory, nor worth the effort of sorting out, and the constant motion of men and cars is just about bearable. Towards the end the film builds up to a gripping climax, as the drug smugglers are cornered--more would be telling. The film is famous for it's chase sequence, as a car tries to keep pace with a train hijacked by a killer. Apart from that, we have attractive shots of a French town, an exquisite villa jutting on the French seaside populated by an attractive young female, even though all this is ill begotten luscious fruit of the narcotics trade. We also have glimpses of the culinary preferences of high profile crooks.

Highly forgettable and missable, proving that old gold is sometimes not so golden. Or maybe one has become harder to thrill.
Posted by S. M. Rana at 6:30 PM 10 comments:

Harry Caul is a professional snooper, a state of the art surveillance man proud of his wizardry with all kinds of electronic gadgetry. The movie dates after Watergate  in which wire tapping was a major issue. It starts with Caul at work recording the conversation of a couple as they move around in a crowded public place, an amazing but credible feat. The eves dropping is being being paid for-a hefty amount-by the woman's husband, a powerful non-person, referred to somewhat disparagingly as the Director. The possibility of the operation culminating in murder hangs throughout the film, and the suspense, laced with humor, builds up smoothly till a bloody culmination.

This is a low key superbly crafted suspense drama. The inner workings of this seedy, esoteric profession with the rivalries of it's small fraternity of experts, is skillfully and comically presented. The variety and sophistication of the gadgetry is displayed in an exhibition, like a display of the latest in burglary tools. The line beyond which spying on people becomes illegal is never clear. Obviously, if you have the money, it is possible to listen on to anything anybody whispers anywhere.

Saul, played by Gene Hackman, comes out as a poor dear, a helpless, confused, amusing prodigy. He just happens to be in the profession, and proud to be the best man in it. Talk of technology taking over. He is neurotic, if not paranoid, and can scarcely trust his own shadow. He is troubled by conscience, no great asset in his line. And finally he demonstrates courage, knowing lives are at stake.

The opening sequence is memorable. The quiet camera glides down from eagle height on a bustling and colorful American street scene. We are soon immersed in the crowd and picking the threads of the ingenious plot, as the clandestine couple and the hapless surveillance man move around in their assigned roles. The equipment is parked in different places, the center being inside a van parked on the side. It is a superb opening which plunges us directly into the heart of the film..
Posted by S. M. Rana at 10:39 PM 8 comments:

Three sets of brigands, white or chocolate skinned, some in military uniforms, real or stolen, engage in a prolonged shooting spree sprawled over the Mexican-US border. Who was shooting whom and why was less than crystal clear to me and did not seem particularly important. I was drawn to this movie as the magnum opus of a celebrated director whose work I am unfamiliar with but it did not prove to be my cup of tea, and it was something of an achievement to complete the marathon in about twenty interruptions spread out over two days, to be able to add Peckinpah's Wild Bunch to my array of scalps. There is much scenic splendor of a colorfully barren landscape, and the quaint Mexican villages with their poor, bawdy and ragged inhabitants belong to a medieval age, though the year is 1913. The villainous General treats us to a feast of women, killings and and drunkenness. But it is make believe violence and the bodies collapsing like nine-pins might as well be dummies. The male camaraderie is rather self conscious and the style of speech also sounds stereotyped. The attempted humanization of the outlaws does not touch any chord. Everything is deja vu. Maybe Westerns, like War movies, is an extinct genre. More likely, at some point, movie watching itself becomes wearisome.
Posted by S. M. Rana at 2:25 AM 8 comments: