You Don't Know Jack: the Life and Deaths of Jack Kevorkian 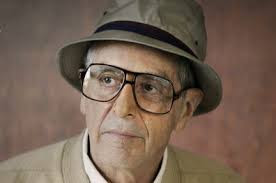 Medically assisted suicide is a procedure where the patient is provided with the facilities to terminate his life but must pull the plug or press the switch himself, making it a voluntary act and absolving the administrator. In euthanasia or mercy killing the mechanism is triggered by the doctor. Currently, euthanasia is legalized in Belgium, Switzerland and Oregon, USA.

Jack is Kevorkian, nicknamed Dr Death. He attained fame and notoriety for facilitating 130 assisted suicides, all furtively and often with makeshift arrangements like the back of a car. Finally he carried out an act of euthanasia , video taping the event. The tape was nationally broadcast on TV. Kevorkian was tried and convicted for second degree murder and sentenced from 10 to 20 years. He served eight and half, after which he was paroled. He died in June 2011 at age 83.

The movie stars Al Pacino in the title role. Going by the film, Kevorkian, apart from his humanitarian concerns as a doctor, seems to have been a zealot fighting for what he made his life's cause. He even went on hunger strike on occasions protesting the unjustness of his arrest. "If Gandhi could do it, so can I." The film is absorbing and informative, with an excellent script and acting all round. The concluding drama at the Supreme Court is particularly well done.

The question, the ethical side, the legislation, the social consequences is a complex enigma of a far reaching nature touching the core of life and cannot be lightly discussed.